Abena Sankofa On The Writing Process 1

So, your idea starts out as an unsolicited thought of a premise that’s fun for you to imagine:

It’s something you would want to watch if it were a feature film…or a video game, or a TV series.

Then, it starts growing, like there’s some momentum of enthusiasm behind it, and you keep attaching arms and legs to the story fairly effortlessly.

But how to keep this effortless stage alight for as long as possible?

Tip #1: Look up music that fits the era; keep yourself going. If you’re easily bored by writing down, or researching through a lot of dry text (ME!), this keeps things popping. Or instance, if your writing about Harlem in the Jazz Era, listen to jazz. Watch films from that era, but try to listen to ones with plots that are sufficiently different from what you’re going to do, so you can draw inspiration, without worrying about your plot being too influenced by theirs.

In terms of my own favourite novels, the Redwall series was my first love: 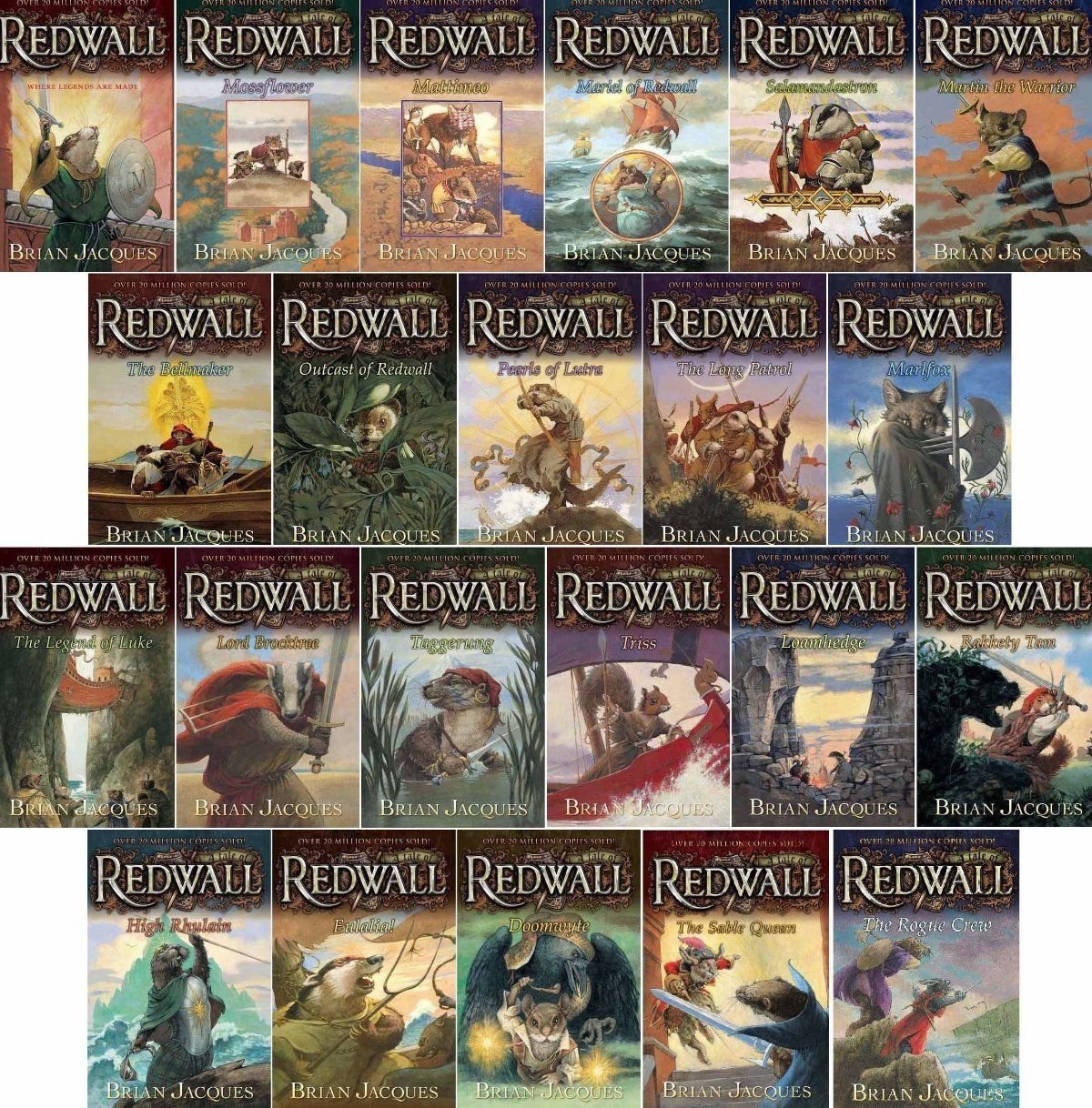 My older sister got the book from the local library — the first one we ever read, Mossflower, and kept it to herself — not sharing a single plot twist with me until she was finished it.  I course, was dying to know what was in it — from the faded, but lively medieval artwork on the cover, something really good, I imagined.  I was not disappointed.

The book took me away into a far and distant land of chivalry, loyalty to home and brethren, good deeds and courage against all odds.  It’s a must-read for all ages 10 and up, and although the main characters are anthropomorphized mice, the depth of storytelling and dramatic climaxes creates nail-biting reading for even adults.

Practically everything I know about how to make a story come alive came from reading Brian Jacques’ books, from his simply, but ever-useful advice for young authors: “Paint a picture with words.”

But, I want to share exactly what one of the key elements of the Redwall Series was: The Universe.

You could start out the story under the bowers of a summer orchard in the peaceful abbey of Redwall, and within those 360+ pages, end up venturing north to the freezing, wave-lashed coastline of the north, where suddenly, a sprinkling of characters had Scottish accents.  The richness of the world was that it was entirely fashioned after a real place and culture: Britain’s.

All of this was ensconced in one of my favorite things about Brian Jacques’ novels: The hand-drawn map in the beginning.

Taking inspiration from this, I actually drew my own map of Chicago for my novel — more on that, too, in a future post.

When you’re writing your story, think about the environment of the story.  When you close your eyes, and imagine your story as if it was a Virtual Reality walk-through, where would your characters go?  What is the full breadth of their physical journey through the landscape of their world?

Photo by Thom Holmes on Unsplash

What places would they just have to explore?

In Up North, for instance, my character comes from Low-Country Louisiana.  As a result of her desperate flight North, she’s able to experience South Chicago’s jazz-filled swinging nightlife, the slightly more staid and somber lawyer’s office in wealthy, off-limits Hyde Park, the glinting ballroom of a Steam-liner, and the cold, gritty streets of the industrial belt outside Chicago proper…all of this I did, basically, because I’m a busy-body, and, my way of travelling — and more importantly, time-travelling, is to “explore” every era as thoroughly as possible through my cast of characters.  [But more on that in a future post.]

Another example: Say you’re writing a kind of turn-of-the century, European nobility sort of story, set in a formal estate, with flowering gardens, and the drama of the tale is mostly inside the gilded halls, among sparring family members, etc.

We know all of these manor-home dynasties had to have reams and reams of servants to make their lifestyle work.  How far does their property extend?  Do they fit into the regional culture — if not, are they in for a surprise?  Which region, or town are they in — and I mean specifically? Not to rush your creative muse, but what does it feel like it should be?  Make sure to add some context around that.

So it makes sense to make use of all the space in your story. You don’t have to dwell anywhere that is not of interest to you, the author, or takes away from the story, but adding special context to the story makes it feel more like a world. That was part of the appeal of the Harry Potter movies: It wasn’t just the school, it was the grounds, the Whomping Willow, the lake, the Shreaking Shack, Zonko’s joke shop, all the places the students could go when they were off school, to continue their adventures.

my Tip #3: When in doubt, actually grab a pen and a notebook to right down all the initial inspiration.

I know, it’s going to sound “woo”, but months down the road, when you’re exhausted, and you don’t even remember why such-and-such was a good idea to begin with, you’ll grab that paper, and, just by looking at your own handwriting, you’ll remember what mood you were in:

You’ll “see” your excitement on the page, where you sped up writing versus when you slowed down and chose your words more carefully.

And before you blow that off, take this into consideration: it’s been found that actually writing, the movement of your hand on physical paper, stimulates the creative centres of the brain more than writing on the computer.

Have a go!  (And even if you don’t, at least tell your friends.  It makes one sound as if one reads Scientific American — I’ve tried it, and it works).

And if you need more evidence, it’s all there in one of my favourite books, “Steal like an Artist” (and no, it’s not about stealing, it’s a cheeky turn of phrase.  You’ll love it.)

So, in short: Definitely write on paper to seize inspiration, then edit on P.C.!

But what to do once you’ve put down all of these stray paragraphs out-of-sequence in your notebooks?  How to order them into something that could be called a manuscript?

More on that in the next post — To Snowflake or Not to Snowflake?

See you there, and enjoy the writing journey!